Am I a Democrat? (AKA Flaming Liberal)

Yes – I find myself mostly on the Democratic side of issues. And liberalism is in my genes.

Do I agree with Rush Limbaugh’s opinion that religious based organizations should NOT be required to provide free birth control to their employees?

YES I DO. Surprised? In my opinion this is a violation of freedom of religion. When a person accepts employment in a religious based institution (such as a hospital) they accept all the conditions of employment. If the benefit package is not sufficient, they need to look elsewhere for a job.

Do I believe that  the government or health insurance companies should impede women’s access to birth control for religious reasons?

Of course NOT! Additionally, I think that health insurance in religious based organizations should be required to provide the birth control pills prescribed for medical reasons.

Do I think Rush Limbaugh should be allowed to express his opinion on this issue in such a piggish manner?

NO, I certainly do NOT. It is HATE SPEECH, and should not be treated as freedom of speech.

So…to those of you who think I missed the point Rush was trying to make….trust me. I missed NOTHING. And if this bigoted  pig were to drop off the air tomorrow, you would also miss nothing.

The GOP primaries remind me of those emails those of us of a “certain age” get now and again….looking fondly back at the “Good Old Days”.  You know the ones….

Ahhhh…. such a lovely safe time. If only we could go back!

The Republican Party seems lost in nostalgia these days. Hoping to go back to the days when it would be unthinkable for an African-American man to be president, or a woman to participate on a panel discussion on reproductive rights. (Birth-Control Hearing Was ‘Like Stepping Into a Time Machine’)

Interesting how turning the clock back often revolves around controlling women….

Most women were stay-at-home Moms because “biology was destiny” and they had a houseful of children. It would appear that Rick Santorum is feeling all warm and fuzzy about those days, declaring that contraception is “harmful to women“. Huh?

Women were mostly called girls….  Although women who stepped out of line were often called sluts, easy, “no better than they should be”…and (in the REALLY old days) “roundheeled”. Rush Limbaugh has recently revived all of those wonderful old terms, and more.  Doesn’t it just warm your heart?

Women were allowed to have career aspirations…as long as they aspired to be a secretary, a nurse, an airline stewardess or a teacher.  Have you ever wondered how many bad teachers there were in the old days, because ambitious women had so few choices?

Women were considered undependable by banks. Only the huband’s salary could be considered when qualifying for a mortgage. After all, we had that unpredictable habit of getting pregnant. That was true as recently as when we purchased our house in 1973.

Women had to quit teaching when they began to “show”. How else were we to shield innocent children from the scandal of a pregnant woman? Even if she was married, it still was vaguely indecent. Don’t believe it? I was required to take maternity leaves in 1973 and 1977 by no later than my fifth month.

What memories of the good old days do you have?

I worry that this nostalgia for the good old days is, at best, an illusion and at worst, a move backwards to the days when the closet Rush Limbaughs of the world were socially acceptable. (Rush Limbaugh–Sandra Fluke controversy)

And, by the way Mitt,  what words WOULD you have used when commenting on Sandra Fluke? Good girl? Bad girl? Lady of the evening? Working girl? Little lady? Little woman? Feisty little lady? Hysterical? Any other condescending terms from the “good old days” that might come to mind? Fill in the blanks please, so we know exactly where you stand. And Rick .. . ENTERTAINMENT? REALLY? Minstrel Shows and Christians vs. Lions were once considered  entertainment. Do we want to go back there?

Thank goodness, the entire Republican Party has not gone crazy. Although I don’t often agree with George Will, I do respect his thoughtful opinions. 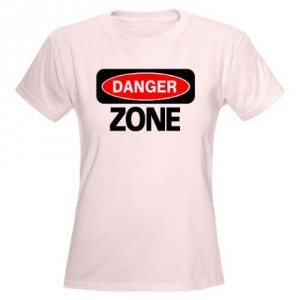 I worry that today’s young women do not see the danger.  Most of them think like my daughter (a marine/fresh water fisheries scientist). The other day, while talking about women in traditionally male jobs, she said, “You and Dad always told me I could be anything I wanted to be, and I believed you”. I couldn’t help but think of Sandra Fluke’s parents when Rush flung those filthy slurs at their  intelligent, well-spoken daughter. Thank goodness Ms. Fluke believed her parents when they told her she could be whatever she wanted to be, and say whatever she believed to be true.

I know my granddaughter believes she can be anything she wants to be. I hope the world she grows up in believes it too.

Yes … I REALLY hope so. I don’t want my girls to think we lied to them. And besides, all three generations of us would make VERY bad “Stepford Wives“!!!

3 thoughts on “The Good Old Days?”